The electorate of the UK voted on 23 June 2016 to leave the European Union and those wishes were finally granted at the end of 2020. Many EU companies had been preparing for the changes by increasing their UK presence and staffing. Obtaining trucks in Germany to ship goods to the UK has proved difficult so far this year in 2021, with increased prices exacerbated by Covid. Brian Hicks has been talking to two leading refrigeration experts about what else has been happening in the UK.

A perspective from Hubbard 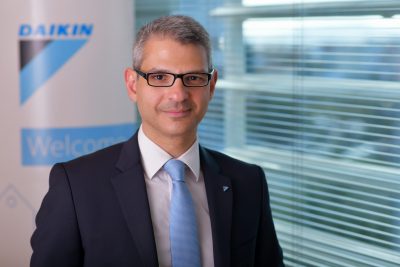 Ilias Katsoulis has been the managing director of Hubbard Products Ltd, Ipswich, since 2019 and was previously managing director of Daikin’s subsidiary in Greece. Hubbard, a leader in commercial and transport refrigeration, was acquired by Daikin in 2016 as part of its takeover of the Italian group Zanotti. It is due to move to newly built headquarters in the spring, near its current site.

Brexit has had minimum effect on company exports and Hubbard is looking to extend these to Northern Europe. Ilias originally saw Brexit as an opportunity to increase his business. Companies like Hubbard have advantages on costs and lead times, but this may now not be that significant. Brexit is small in the global picture for Daikin and will not influence group plans.

So far, Brexit has not been as bad as he expected with only a small part of Hubbard’s business affected and only in the early days of transition. For example, a load to Italy might get stuck on the border, but once resolved this should not happen again. Hubbard’s sales and logistics teams are learning continuously. There has been some confusion and delays with Ireland, such as free of charge goods, which are being resolved

Mr Katsoulis says the current UK regulations are still practically identical to the European ones. He does not expect lower standards in the future and even some higher standards. He thinks the UK negotiated well and hard for Brexit. There have been discussions about compressors, but no changes so far. The F-gas regulation will be more or less the same as before.

Hubbard’s main competition comes from UK manufacturers, but continental producers are getting stronger. Some are also producing in the UK and can offer UK or EU-made products. There is no pressure on them to shift to UK production, but there are still advantages from co-operation with local companies.

The COVID-19 pandemic is giving Hubbard and others huge challenges for storage and distribution of vaccines and minimising losses. New uses also need to be found for refrigeration equipment when it is over. 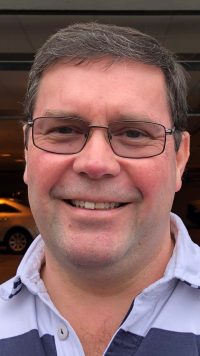 Graeme Fox is head of technical at the Building Engineering Services Association (BESA), the UK’s leading trade organisation for refrigeration contractors. He was also president of the European contractors association, AREA, at the time of the last F-gas regulation review. AREA expressed concerns that BESA would leave AREA after Brexit, but it is staying because of intrinsic links. About 80% of BESA members are firms with less than ten engineers.

Graeme worked a lot on Brexit and its implications for members, including warnings and guidance about preparations. There was not a lot of feedback, but, from early November, there were weekly internal meetings. At the first meeting this year, members were saying there were no real issues. They have taken in advice, including a lot from government. There have been none of the disastrous consequences warned about. What does concern the members currently is that steel prices have gone up significantly in the last 6-8 weeks, which may have longer term implications on installation costs.

There had been problems with refrigerant availability and deliveries at the end of last year due to Covid. The UK has its own refrigerant quota now, equivalent to about 15-18% of the previous European Union total, and the EU has a reduced quota. This has been based largely on guesswork. There was no way of telling where refrigerants were really used in the single market. Pre-charged refrigeration equipment shipped to France would, for example, be recorded as used in the UK. There is anecdotal evidence of suppliers in the EU applying surcharges to equipment coming into the UK due to the refrigerant quota, which is worrying UK contractors. The EU F-gas regulation has now been fully transposed into a new UK regulation.

BESA operates the REFCOM F-gas registration scheme, the largest one in the UK. There have been issues with certification and with mutual recognition. Until Brexit, an engineer in UK could use their qualifications to work anywhere in EU. Similarly, a German engineer could come to the UK to work on a project or for a job. Over two years ago, the UK said it would continue to recognise certification across all sectors, but the EU did not reciprocate.

Last year the EU said it would cease recognising UK certificates. Some certified members based in Northern Ireland who also work in the Republic of Ireland and the UK now cannot. Companies in the Republic of Ireland who work in UK are faced with similar problems. British F-gas registrations held by Irish companies are no longer valid in Ireland. Irish refrigeration engineers have City and Guilds certification, a UK qualification, so these are not valid. The Irish government is working on the problem, as is Graeme. Irish companies are hurting more than UK ones. Mr Fox commented “These silly little things have been overlooked because the focus has been on the bigger picture”.

The UK CA marking is a new system for goods going on the market in Great Britain, which is currently in a transition period and comes fully effective after 2022. It covers most products previously under European CE marking. Graeme is concerned that the standards could well differ for refrigeration products. For the time being, products may need both CE and CA marking. UK building standards are also currently under review because of the Grenfell Tower tragedy. Whilst the focus is on cladding, it may drill down into other product standards. The competency of personnel is being scrutinised to ensure safety throughout the construction chain.

Graeme has been involved with the establishment of World Refrigeration Day, marked on 26 June, the birthday of Lord Kelvin. There were 160 events globally in its second year. This year some special books for children are being published to raise awareness of how important the cooling sector is to everyday life.

About the Author: Brian Hicks

Brian has been a freelance business journalist and market researcher for most of his life. He is an Oxford biochemistry graduate and fluent in French and German. Brian was working in Düsseldorf from 2011 and returned to the UK shortly before Brexit. He's contantly looking for market insights for ASERCOM. He now holds dual UK and German citizenship, something which, following Brexit, can no longer happen, to his lasting regret.